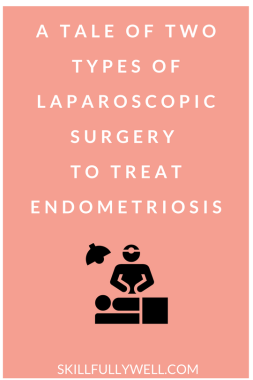 Learn about the most effective type of laparoscopy for endometriosis.

Last summer I had an appointment with my OB-GYN to figure out the next step for treating my internal pelvic pain, which she suspected was caused by endometriosis.  The pain had significantly ramped up in recent months and was virtually constant.  My OB-GYN recommended having a laparoscopy, which she described as a minimally invasive surgery to diagnose and removed endometriosis lesions that might be present in my pelvis.  I left that appointment believing that there was only one type of laparoscopic surgery to treat endometriosis.

The procedure I finally had this past winter (after months of waiting), with a type of laparoscopy called ablation or coagulation. During this procedure, endometrial lesions are burned away with a high energy heat source, usually a laser. This is the most common type of laparoscopy for endometriosis. Three months after having the surgery, my chronic pelvic pain has never been worse. Ablation was not effective for treating my endometriosis.

However, there is a second kind of laparoscopy for treating endometriosis, called excision. This procedure is less common than ablation, requires more skill, and is more time-consuming.

The researchers concluded that their review “showed significantly greater improvement with laparoscopic excision compared with ablation” in the treatment of endometriosis. I wish I’d known last summer. Now I’m beginning the long process of being referred for excision surgery. 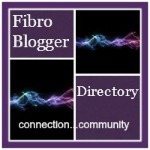